All our services can be visited again. Go here for the latest updates.

Home > About us > History

Although we don’t have a history like Sint-Jans cathedral, we have been active in spreading the gospel in Den Bosh for over 30 years.

The church in Den Bosch.

The Door Den Bosch is part of a fast growing movement called Christian Fellowship Ministries (CFM). In CFM, there are about 2500 churches worldwide in more than 110 countries. In the Netherlands, our church is ‘The Pentecostal Church The Door’.

Where it began...
Our Fellowship began in 1970, when pastor Wayman Mitchell and his wife Nelda were offered a church in Prescott, Arizona (USA). During this time, there was a large revival going on among hippies who called themselves ‘Jesus People’. 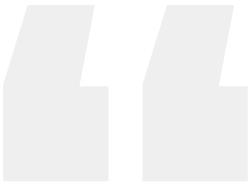 "Through turning to Jesus Christ, their hearts were changed and they were set free from drug addiction, emptiness and futility."

They marched through the streets of the United States thousands at a time and told people that they could be born again. Through turning to Jesus Christ, their hearts were changed and they were set free from drug addiction, emptiness and futility. In 1978, a small bible study group from Steenwijk affiliated with the CFM, moved to Zwolle and started to grow there. To bring the gospel to other cities in the Netherlands and abroad, married couples were sent to start new churches. Missionaries from The Door Zwolle were sent to countries such as Peru, China, Suriname, South Africa, Czech Republic, Curaçao, Indonesia and Belgium.

Where it started in Den Bosch...

One of the churches that was started in the Netherlands was The Door ’s Hertogenbosch. In 1991, pastor Chris and Inge Entong were sent to ’s Hertogenbosch to start a new church from the European Bible Conference in Zwolle. The first meeting was held in their living room, and afterwards, God started to bless the work and more and more people quickly joined the new church.

"Despite the national ‘secularisation’, we can see a growth in evangelical churches and Pentecost movements."

In 2002, Pastor Eric and Kathy Naus took over the work in the church. The Door has become a testimony in Den Bosch by reaching out to people, playing music and having drama teams in the city.

Despite the national ‘secularisation’, we can see a growth in evangelical churches and Pentecost movements. We had to move into a larger church building due to this growth. We have been located on Van Veldekekade 358 since 2017. Come visit us and experience the power of the gospel.

Do you need help?